A low complexity hex and counter game on the battle outside Quebec in 1759 between the British and French. Counters indicate unit type and nationality, attack factor, range, defense factor and movement factor.

The game uses cards to regulate the number of moves and attacks each turn as well as providing special rules, penalties or reinforcements in effect for a player's turn. Each side has its own deck of 8 cards. Counters represent military units and formations at the battle.

Play continues until one side or the other achieves its victory conditions. The cards allow for the possibility of available reinforcements reaching the battle in time to make a difference. 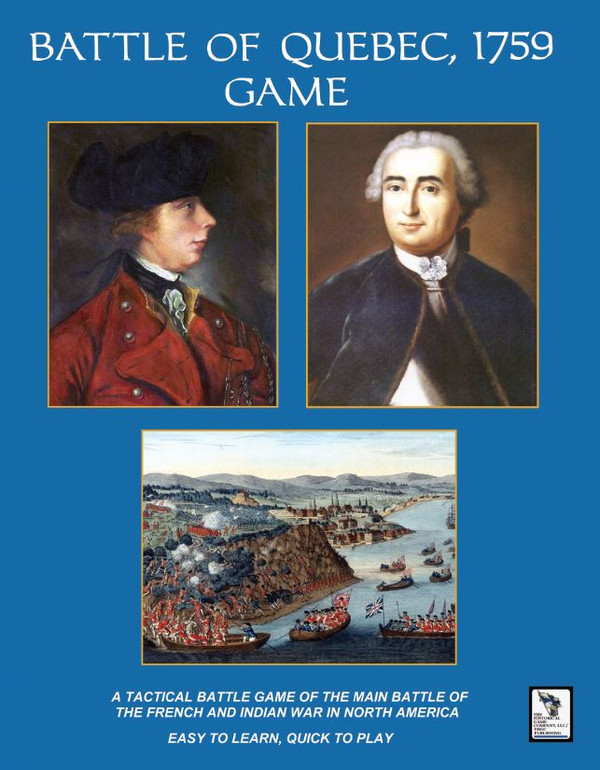 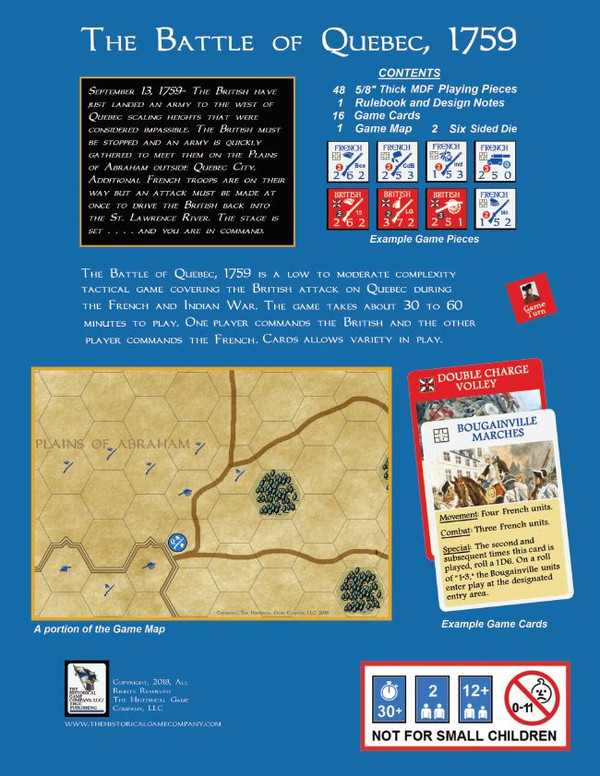 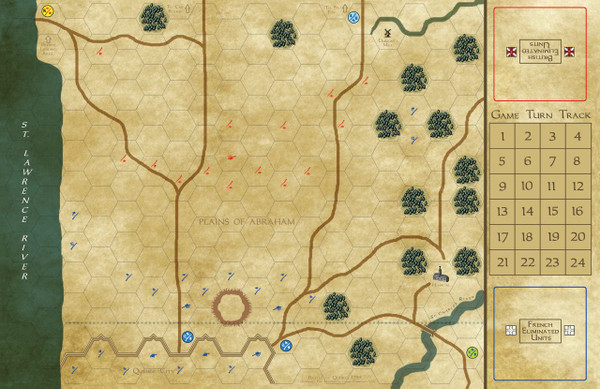 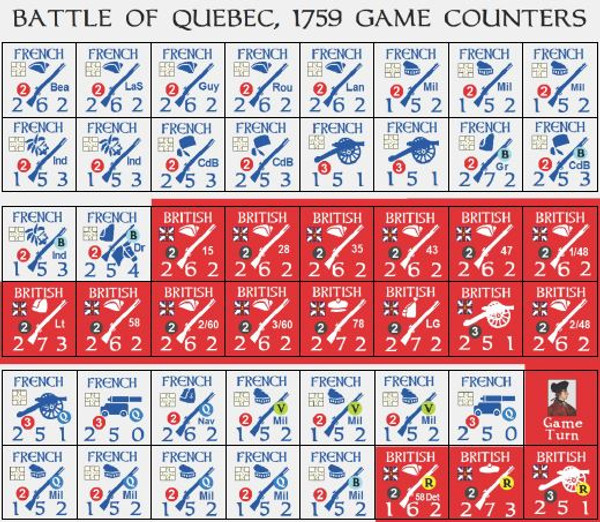