Free shipping for orders $100 and over for US sales 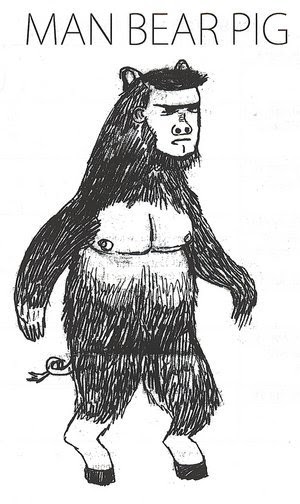 What impact can you make with less than a year boots on the ground in a district in Afghanistan?

This question came up from Twitter, and it is certainly a good question. When you look at the total impact the West had on Afghanistan over two decades it is hard to see what impact say one infantry company across its year boots on the ground can have. However, the overall impact of our presence there was made up of each of the over 400 districts in Afghanistan’s cumulative effects. Overlaid on these micro-efforts were some macro effects: nationwide elections, major police or army reform, one-off issues that impact the entire country for example. But I think in Afghanistan the local issues matter more than the macro ones. Which is one of the reasons I made the game.

So what can happen in a year? I will provide some anecdotes about my team’s experience in Zurmat, for the two months we were operating there. I was the adviser to the battalion commander of the 1st Afghanistan National Civil Order Police (ANCOP) Brigade's 2nd Kandak (battalion). 2nd Kandak was sending one of its companies to Zurmat for two months to allow the local police to be formally trained for the first time. Our ANCOP police would take over all the policing duties while the regulars were training. The local police in Afghanistan were notoriously corrupt, constantly shaking down travelers at checkpoints for Backsheesh or a bribe. We joked that the police would get trained so they could go from performing Blue-collar crime to now conducting White-collar crime, which for Afghanistan would still be an improvement. In the game Zurmat this is the genesis for the card “Police Corruption”.

Our ANCOP police however were a horse of a different color. They had been recruited (by actual recruiters) with a lure of an automatic promotion for all the enlisted men, direct deposit so no one could skim their wages, and a chance to work with American advisers (us). They turned out to be the cream of the crop for Afghan police. Our troops got accustomed to regular pay, which they loved, so there was very little Backsheesh coming from our men. This would have a huge impact in Zurmat.

My first trip into Zurmat was delayed for hours due to who knows what, but that meant that we rolled in after dark in November/December. I was the truck commander, tasked with watching for IEDs, which are near impossible to find in the dark. One of my most vivid memories was seeing what looked like a bonfire up ahead, which I thought was a bit unusual, but then when we drove by I realized it was the still burning hulk of a fuel-truck the Taliban blew up the day before. There’s your “IED” card! Welcome to Zurmat!

Driving around the next day I could not forget the harsh, dagger-like stares I got from the men of the district. I’m not sure someone could hate someone more with just their eyes. The American unit in charge of the area, a mounted cavalry troop from the 82nd Airborne, returned the favor, offering back nothing but grim looks as they went about fully armored up from head to toe.

The team of advisers I was dropping off I knew were not going to follow that standard. I struggled to get that team in particular to wear their full battle kit when they were part of my convoys, so I can only imagine what they were wearing on their own, away from our command. Although they were in theory going to be reporting to the local commander.

That situation was going to be odd. The troop commander, a captain, had his full cav troop under his command, and was the land-owner, which in Army/USMC terms meant he was in charge of all Western military activity took place within Zurmat. My team consisting of one truck and 3 Soldiers were the equivalent of renters. We had to ask the owner (the cav commander) anytime we wanted to leave the FOB (base), travel back to the headquarters in Gardez, really anytime we wanted to do anything.

Yet my team’s leader was a major, so there was a clear case of rank inversion going on, where in theory the captain could be ordering the major to do things, not the other way around. And my major, Jim, was not a strict rule follower by any means. So this could be a volatile situation as I left to go back to Kabul with my 3 man team working with the no-nonsense troop commander. The icing on the cake was Jim’s gun shield on his truck. Our trucks each had a gun turret, an open-topped ring of armor consisting of thick steel plates and bullet-proof glass, with a tall flat shield plate with a notch cut-out for the machine gun to go. This was the tallest point on the truck, and the perfect spot to paint a flag/unit symbol/catch phrase on. My truck had a big stylized letter “M” as my callsign was Motown6, for example. Jim had picture of Man-Bear-Pig, from the TV show South Park. Man-Bear-Pig was a creature that was half-man, half-bear, half-pig (I know it doesn’t add up, it's South Park math). It was, without any question, one of the most original gun shields in Afghanistan. I could tell the troop commander was not pleased to have this truck in his motor pool. All his trucks had nothing painted on the shields, so Jim’s truck really stood out.

Fast forward a month and I return to with supplies and to see how the team was doing. Jim’s truck escorted us into Zurmat, not one from the cav troop. As we neared the village next to the FOB I saw a few hundred Afghan men working on improving the road (another card in the game). I waved at them, and unlike outside the village, they saw our trucks, Man-Bear-Pig in particular, then waved back. Then they all started waving, so I start waving back with both hands. This brought smiles out, probably because I looked like an idiot, but I’ll take smiles over IEDs all day long.

Turns out the locals really liked the ANCOP police. They were shocked they weren’t forced to pay Backseesh. The police actually listened to their issues, and they seemed to appreciate Jim’s straightforward answers as well. One of the reasons why I got the waves back from the men was that Man-Bear-Pig was associated with the “good police”, and therefore the villagers were actually happy to see that truck in a convoy.

Now I can make an educated guess here, and say with a near 100% likelihood that nobody in the villages of Zurmat had ever seen the South Park episode with Man-Bear-Pig in it, so it wasn’t that they thought the creature looked cool or it was their favorite episode. Rather that truck was associated with the Americans that were linked to the good police. Talking to Jim about this and watching the cav troop interact with the locals it was clear that the appreciation did not extent to the 82nd troops. They were still resented as occupiers by the locals.

In fact, when our mission was done the local leaders had an emergency meeting with the Jim and the cav troop commander to demand that the ANCOP police stay. They did not want the locals to return, arguing as forcefully as they could that ANCOP (and Jim’s team) become the permanent police force in Zurmat. Sadly we had to disappoint them as Jim’s team was already scheduled for another district to the south. It sure was nice to see the locals really appreciate our efforts though, something we rarely had a chance to see so concretely as having the leaders demand your team stays with them.

Did our team make a difference in the two month’s we were there? We sure did. I can look on how things changed once the people felt comfortable operating with our police and Jim’s unorthodox team. Did our efforts leave a long lasting mark on the land? Realistically I don’t think we did. But I think if there was an effort made by the cav troop to emulate and embrace some of the inroads Jim’s team and the police he worked with had made we might have made a long term change in Zurmat. I’m going to chalk that up as an opportunity lost. In game terms the Coalition kept control of the FOB tile and added a few adjacent tiles, but the effect did not extend beyond that, with the Taliban controlling more tiles in the end. Probably a Taliban victory.